A study has found that the “dumb blonde” stereotype is unfair. American women with blonde hair seem to be more intelligent than women with other hair colours.

An economist studied 11,000 Americans, male and female, who had completed IQ tests.

So why are blondes cleverer?

The answer may be simple – they lied about their hair colour. It turned out there were significantly more blonde females than males and yet hair colour is not linked to gender.

Jay Zagorsky at Ohio University who carried out the study thinks 1 in 6 blonde women were lying about their natural hair colour.

As Pamela Anderson of Baywatch fame said “It’s great to be a blonde. With low expectations. It surprises people”

In 2012 the US Navy it was reporters that it had decided to end its marine mammal warfare programme in which dolphins and sea lions were trained to detect mines and enemy divers (although the latest story about military dolphins suggest it might still be ongoing)..

The Russians had been training dolphins at Sevastapol in the Crimea since 1973 using them like the Americans, patrolling open waters but also carrying explosive devices. The Ukrainians were also in the game – although their dolphins went AWOL in the mating season!

Now it’s been announced that the Russian Ministry of Defence has ordered 5 dolphins raising speculation that it is reviving its soviet era programme. It’s prepared to pay 1.75m roubles (about£18,000) for two male and three female bottle-nose dolphins up to 2.7 metres long.

So it looks like the Russians want to pick up where they left off now they are back in Crimea. The tender documents specify that the dolphins must be good looking (well actually it says symmetrical with no broken teeth and undamaged eyes and skin).

After the Russians invaded and seized Crimea from Ukraine in 2014 (do you remember that bit of piracy?) they announced that the combat dolphin programme, which they claimed to date back to the 1960s,  would be “redirected to the needs of the Russian navy“. The Russians claim that their experts developed new devices which converted the dolphins’ sonar signals to a signal on an operator’s monitor but the Ukrainians lacked the funds to develop such expertise.

The Ukrainians also used their dolphins to help disabled children in a programme run by the military at the Sevastapol State Aquarium.

Only the Russians appear to have trained dolphins to attack humans or vessels. The Americans say “Since dolphins cannot discern the difference between enemy and friendly vessels or enemy and friendly divers and swimmers, it would not be wise to give that kind of decision authority to an animal”

Of course the Russians might not want the dolphins for military purposes at all. Perhaps Mr Putin has built an aquarium in his back garden and wants some good-looking performing mammals!

See more on the use of marine mammals here

At least in America where owners of fat dogs spend more time walking them and enjoying the health benefits themselves.

It seems dog owners can be encouraged to go out and get some exercise if vets tell them their dogs are dangerously overweight.

Research carried out by scientists at a  military hospital in Maryland recruited 32 dog owners through local vets. The dogs were all overweight or obese, as were most of their owners.

Half of  the volunteers were told to keep a careful eye on the dogs’ diets and the other half were told to walk them for at least 30 minutes a day.

After three months all the dogs and owners in the “walking” group had lost weight but so had owners in the other group who hadn’t been told to walk but had in fact walked their dogs more.

The researchers say love for your dog can be a powerful motivator to exercise.

In the UK however the PDSA said that over a quarter of the dogs in the UK were never exercised regularly off the lead and 1/4 million were never taken for a walk.

Seems it’s not just us civilians who are getting bigger and more obese.

More than 25,000 British military personnel have been diagnosed as obese in the last 4 years. That’s several battalions!

There is now an “obesity working group” looking into the problem and devising ways to keep people fitter and increase  their knowledge of how to eat more healthily.

A spokesman for the National Obesity Forum said; “These people have got plenty of time to keep in shape and I think it’s a responsibility to feed them properly and give them any amount of time to do exercises and keep themselves in shape”.

Soldiers are supposed to have carefully managed fitness routines involving at least four 1-hour sessions of PT a week.

They can also have a diet ranging from 1,500 to 7,000 calories a day depending on their duties. Clearly not everyone is following the exercise routine or eating healthily.

As one senior officer was quoted as saying; “There are obese soldiers in just about every regiment in the British Army and no unit is immune. It’s also a reflection of the quality of food served in some army cookhouses. Unless the armed forces changes the way it feeds its personnel you will have a problem”.

Of course there are statistics and statistics! The number had been calculated using the much disputed body mass index (BMI)  and the obesity cut-off point of 30.

The MoD rightly points out that this can be misleading as “it doesn’t differentiate between body fat and muscle and says individuals are assessed on their ability to carry out military activities rather than on their weight”.

It’s not just the Brits. It wasn’t that long ago that 40% of the German Army was considered overweight and in 2012 the American Army dismissed over 1,600 soldiers for excess body weight, a 15- fold increase on the figures in 2007.

American women who had fewer sexual partners before they got married turn out to have happier marriages.

That’s according to researchers from the National Marriage Project at Virginia University in the USA.

More than half  (53%) of the wives who had only slept with their future husband felt highly satisfied in their marriages compared to 42% of those who had had pre-marital sex with two partners and only 22% of this who had had 10 or more previous sexual partners.

The Marriage Charity Foundation said it raised questions about the myth of the sexual revolution but cautioned about drawing conclusions from a small sample adding that they found it astonishing that a quarter of the young wives had had 10 or more previous partners.

“These women must have bought into the sexual revolution thinking that you can sleep with whomever you like and then settle down as if nothing had happened. It turns out you can’t.”

The psychologist who co-authored the report, Professor Galena Rhoades from Denver University thought that those who had had multiple partners before marriage might find it harder to remain committed to their louse because they were more aware of the alternatives.

She also said that many in the YOLO (You Only Live Once) generation “believe what happens while we’re young won’t affect your future. Our research paints a different picture”. (The same could be said about entries on Facebook which come back to haunt people later in life).

The study tracked almost 1,300 unmarried men and women aged 18-34 for five years. During that time over 400 got married and of these only 23% had only had sex with the person they married. So that’s an interesting statistic which seem to follow a normal distribution i.e. at one end you have between a fifth and a quarter of women who have only had sex with their husband and at the other end of the scale about the same proportion who have had sex with 10 or more partners b before marriage. So the middle 50% of people had between 2 and 9 sexual partners.

In case you are wondering about the men. There was no evidence that the number of partners they slept with before getting married had any affect on their level of happiness in marriage.

Venice began as a seaside resort town in 1905; it was a separate city until 1926, when it merged with Los Angeles.  Today Venice is known for its canals, beaches and its eccentric Ocean Front Walk, a 2 1/2 mile pedestrian-only boardwalk that features performers, vendors, artists, fortune-tellers and the acrobats and body-builders of Muscle Beach (Wikipedia: Venice, Los Angeles).

Venice Beach is a combination of the tacky, the mindless, the ironic, and the novel.  ~ Freelance Dionysian 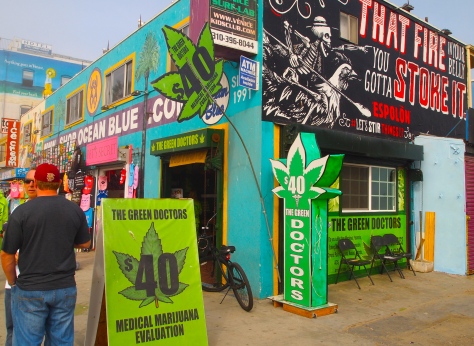 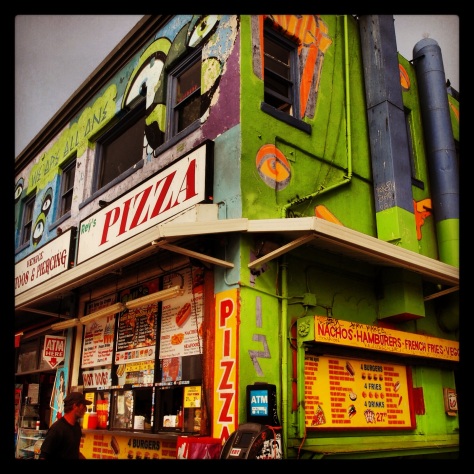 As we stroll down the boardwalk, we’re approached by men of various colors offering copies of their…