Gone are the days of ladylike behaviour. Increasingly women are copying the worst behaviours of men. They are just as likely as men to troll partners online; they are swearing more than men (who have cut down); and drinking more than ever before.

Teenage girls in the UK are twice more likely than boys to get drunk than almost anywhere else in Europe where it is the other way round. They are also more likely to be drink-driving than men from the age of 30 with a doubling of the number of women convicted for it since 1998.

There are currently almost a hundred women in prison for violent behaviour, up a third, and over a hundred serving time for serious sexual offences, three times the number, compared to ten years ago.

Scientists have found that British women have grown taller faster than most of the rest of the world.

This pushes them up the world league table of the tallest from 57th place in 1914 to 38th place today.

Who are the tallest?

Who are the shortest?

The researchers compared data from people who were 18 in 914 with those of the same age in 2014. The difference is partly genetic and partly due to nutrition, sanitation, and health. Particularly important is the mother’s health and nutrition during pregnancy.

“Height is a mirror to our social environment” said Professor Majid Ezzati from the School of Public Health at Imperial College.

The biggest increases have been in rapidly developing countries such as Japan and South Korea where women are now 8″ (20 cm) taller than before WW11. Iranian men have grown by the same amount.

Americans have grown by 5cm over the review period but have dropped down the league tables from 3rd for men and 4th for women in 1914 to 37th and 42nd place respectively. This was probably connected to their obesity problem – lots of calories but not good nutrition – said Professor Ezzati.

In sub-Saharan Africa people are actually getting smaller.

Tall people tend to have a longer life expectancy, with a reduced risk of heart disease. On the other hand, there is some evidence that they are at greater risk of certain cancers, such as colorectal, postmenopausal breast and ovarian cancers.

“One hypothesis is that growth factors may promote mutated cells,” said another Imperial co-author, Elio Riboli.

I’m always a bit bemused by stories like this about average height because I come from a tall family and am used to being around tall people. 6′ (183 cm) doesn’t seem tall to me yet it’s taller than the average British male.

And being tall does have some advantages at work.

Ladies, if you want to be more active, independent, and vigorous in your old age – eat a handful of walnuts each day.

A study over 30 years of more than 50,000 nurses (from the Nurses Health Study) found that those who ate about a dozen walnut halves a couple of time a week reduces their risk of becoming frail or needing care when elderly.

Scientists at the Brigham and Women’s Hospital in Boston, Massachusetts, say the walnut has more protective anti-oxidants than peanuts or brazil nuts and one of a few superfoods associated with a better quality of life.

The head of the research, Francine Grodstein, said “there is a lot of research that looks at specific health conditions in ageing … but less attention to research on quality of life and ability to maintain independence with ageing”

She said the simple message from this study is that eating an overall healthy diet, including certain foods such as walnuts and other whole foods “may help women with the ability to do key everyday tasks as they age, like carrying groceries or dressing themselves”

The study, funded by the California Walnut Commission, found that women who ate lots of nuts, fruit and vegetables and avoided cakes, biscuits and takeaway food were more physically independent as they aged.

OK so it’s not just the walnuts is it! The other healthy food involved included oranges, apples, pears and leaf lettuce.

To be fair to walnuts (the ones that look like brains) there was earlier research at the University of Scranton in Pennsylvania that found a handful of walnuts contained twice as many free radical fighting anti-oxidants than a handful of another commonly eaten nut. So if you eat nuts make sure they’re walnuts.

They have also been linked to a lower risk of heart attacks and diabetes. A University of California study  found that eating them cut levels of a hormone implicated in prostate and breast cancer.

And a study at New York State Institute for Basic Research in Development Disabilities concluded that eating a daily handful could have a major impact on Alzheimer’s disease, reducing the risk, delaying its onset, and slowing its progression.

There is also some evidence that they can ease stress and boost your sex drive. So well worth a nibble.

Original story in The Times 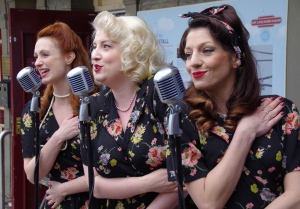 A study has found that the “dumb blonde” stereotype is unfair. American women with blonde hair seem to be more intelligent than women with other hair colours.

An economist studied 11,000 Americans, male and female, who had completed IQ tests.

So why are blondes cleverer?

The answer may be simple – they lied about their hair colour. It turned out there were significantly more blonde females than males and yet hair colour is not linked to gender.

Jay Zagorsky at Ohio University who carried out the study thinks 1 in 6 blonde women were lying about their natural hair colour.

As Pamela Anderson of Baywatch fame said “It’s great to be a blonde. With low expectations. It surprises people”

Psychologist have discovered that while men may like the idea of dating a more intelligent women they shy away if it has a chance of becoming a reality.

Men are more likely to rate women more intelligent than themselves as attractive if they have no chance of meeting them.

When they were asked to rate women who they thought they were actually going to meet they suddenly found them less attractive and preferred women who were less smart!

The American researchers asked 105 men to deal with a hypothetical scenario involving a woman who had either outperformed or under performed them in tests of maths and English. Asked to think of them as romantic partners the men ranked the women more highly if they were outperformed by them. “Men formed favourable impressions and showed greater interest in women who displayed more intelligence than themselves“.

In a second experiment the men were asked to complete an intelligence test before being asked to meet a woman who had either done better or worse than them on the test. The researchers found that men about to meet a more intelligent women “distanced themselves from her and tended to rate her as less attractive and showed less desire to exchange contact information or plan a date with her”

The psychologists thought that the mere presence of a more intelligent woman made them feel threatened and diminished their masculinity.

Other studies have suggested that men want clever women to increase the chance of having clever children with a better chance of the mother knowing how to care for them. But some studies have shown the opposite with men looking for less intelligent partners. This latest study seems to support the latter view.

compared to women in almost every other country in Western Europe.

The World Health Organisation (WHO) is urging governments to introduce sugar taxes and raise the price of alcohol as it believes Europeans are the “world champions” of unhealthy living.

British women have the second lowest life expectancy of the 15 western EU countries.

From the age of 30 to 74 British women have higher death rates than the european average. We have not reduced our alcohol consumption as much as other countries and 63% of UK adults are overweight compared to a european average of 57%.

A baby girl can expect to live to 82.7 in this country with only Denmark worse at 82.1. Spanish women have the longest life expectancy at 85.5 years. But overeating and drinking risk children living shorter lives than their parents.

“there are so many factors, lifestyle but also access to healthcare, early screening and detection of disease, prevention of disease” that could explain the gap said a WHO spokesperson.

Europe as a whole drinks and smokes more than any other part of the world and only America is fatter. (Although England is slightly better than its european neighbours in that regard)

And within England there are variations of up to seven years in women’s life expectancy. “Healthy behaviours, whatever your age, and effective care and support can help people have longer, healthier lives than ever before. There’s only so much medical technology can do“.

Tougher action is needed on the price of cigarettes, alcohol, and unhealthy foods but the government has so far rejected calls for this from health leaders.

Statins, hailed as the wonder drug all of us should be given after a certain age, and designed to reduce our cholesterol levels, have been found to have some unwelcome side effects.

Scientists have found that women over 45, who haven’t previously shown any inclination to be violent, tend to be more aggressive when taking statins.

According to Professor Beatrice Golomb at the University of California said “Many studies have like low cholesterol to increased risk of violent actions ands death from violence” (whether suicide ,accident or homicide).

Her team carried out trials on 1,000 men and post-menopausal women. Those who struggled to get to sleep appeared to be the ones at most risk of a surge in aggression.

So if you’re a post-menopausal women taking statins and having trouble sleeping – you may be more prone to violent outbursts. Partners beware!