It turns out that the toys inside the Kinder chocolate eggs are made by child labour in Romania according to an investigation by the Sunnewspaper.

Families in this, one of the poorest of the EU countries are being paid as little as 20p an hour for making the toys at home.

Child exploitation is not new in Romania. It is probably as famous for sending gangs of child pickpockets to the UK as it is for being the home of Vlad the Impaler.

Apart from the child exploitation experts say there is also a risk of food poisoning if the toys have been assembled in unsanitary conditions.

A whistleblower said “Customers would expect products which go inside children’s chocolates to be made in controlled conditions but so many of the toys are being made in peoples homes that effective quality control is impossible”.

“Ferrero (the Italian chocolatier that makes…

Today I went to do some supermarket shopping and as is always my policy I try to buy British meat whenever possible to support the beleaguered farming comment in the UK. Two of my particular favourites are Yorkshire Ham and Wiltshire Ham, so as I made my way around ASDA supermarket in Huddersfield today I spotted some of the latter on the shelves.

It seemed a reasonable price so I put a pack in my basket and continued to make my way down to the wine department. As I slowly mad my way down the shopping aisles I happened to glance at the package of ham again and suddenly realised that I was not buying British meat. Under the bold lettering of “Breaded Wiltshire Ham” was some much smaller lettering saying “Danish pork leg formed and cooked to a Wiltshire cure recipe, topped with golden breadcrumbs”

I was somewhat shocked… 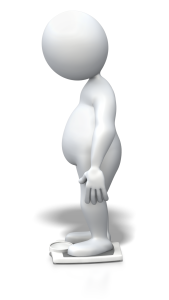 We know obesity is a problem in the UK but apparently we’re not as bad as our European neighbours. And I’m not talking about fat-cat euro politicians with their unaudited expense accounts!

Projections by the WHO suggest that by 2030 men in Ireland will be the fattest with Spain, Greece, Czech Republic and Poland overtaking Britain.

For women it’s Belgium (perhaps all that lovely chocolate) followed by Bulgaria and Turkey.

Netherlands is the only country to show a decline with only 8% of men likely to be obese. It’s not that they eat more healthily than us but they do take more exercise with only 1 in 5 not taking enough compared to 2/3 of Brits. They also use bicycles for 25% of their journeys compared to only 2% in Britain (to be fair there are no hills in the Netherlands).

In Britain 75% of men and 1/3 of all adults will be overweight as middle-aged people ignore pleas to eat more healthily.

The National Obesity forum is urging the government to take action against the food and drink industry as cajoling hasn’t worked.

They say the NHS will collapse under the cost of treating diabetes, heart disease, cancer and other diseases linked to obesity.

Not only are we some of the loneliest people in the EU with very few of us having friends to turn to in a crisis but we only came out 11th of the 28 EU countries in terms of life satisfaction in the same ONS survey.

We came behind Germany, Spain and the Nordic countries with only 71% of us reporting high levels of satisfaction with life.

This survey is part of a series to measure well-being in the population. Scandinavian countries usually do well in surveys of this kind.

With regard to health only 6 out of 10 Brits ranked their health as  good or very good, despite having one of the longest “healthy life year” ratings in Europe at 64.5 years. The Irish feel the healthiest and the Lithuanians the least healthy.

Malta has the highest life expectancy in the EU at 72.4 years for women and Slovakia the lowest at 53.1 years.

Only Germans are less friendly with their neighbours.

It seems we’re unlikely to know our neighbours and will probably have to fend for ourselves in a crisis.

Only 58% of Brits feel connected to people in their neighbourhood.

Cyprus and Romania topped the table in a survey of the 28 EU countries.

The UK came 3rd from bottom when asked if they had a close friend to turn to in a personal crisis – only 1 in 8 people could say yes. Only the French and the Danes have fewer reliable friends. Eastern Europeans, Spaniards and Greeks have more friends they can rely on with Slovakia and Lithuania topping the table in that respect.

Britain’s position is curious given that we participate far more than other EU countries in sport, cultural activities, and volunteering. And the survey, published by the Office for National Statistics (ONS), found that 80% of Brits are satisfied with their social life and relationships with their families.

However there are few places where generations mix in Britain, unlike many European countries, and we live segmented lives according to Professor Frank Furedi at the University of Kent.

The Danes enjoy the best quality of life in the EU with the Bulgarians having the worst according to latest ranking of the 28 EU countries.

The Danes have 3 times the purchasing power of Bulgarians, live 5 years longer on average and have a third of their unemployment rate.

Scandinavia always dominates EU rankings on happiness and quality of life (Australia does best outside the EU) but this is the first attempt by Eurostat to create a quality of life index based on eight factors including health, wealth and education.

Next came Luxembourg, Austria, the Netherlands, Spain, Belgium, the Irish Republic and in tenth place Britain! At least we came ahead of France and Germany.

Danes attribute their regular high rankings to their healthy work-life balance. Spain came 7th with the longest life-expectancy at 82.5 years followed by Italy at 82.4. It’s 81 in the UK by the way.

March 20th was designated as the International Day of Happiness by the United Nations in 2012.