They need the sleep apparently. It’s the best medicine for middle aged people as research shows that lack of sleep is linked to ill-health including heart disease, obesity and diabetes.

Lack of sleep is blamed on shift work, and night shifts in particular, and the use of smart phones and laptops in bed. Working on a computer at or shortly before bedtime is particularly bad for you as your melatonin levels are reduced. Melatonin is a hormone that indices sleepiness.

Research at Surrey University has shown that more than 700 genes – including those linked to immunity and inflammation – are altered when your sleep is reduced to less than six hours a day.

Middle-aged people are believed to particularly at risk because of increased work and family demands.

However Professor Jim Horne who established the Sleep Research Centre at Loughborough University is not convinced that there would be benefits from a campaign targeting sleep as planned  by Public Health England.

He thinks it’s the quality not quantity of sleep that’s important and doesn’t believe that there is convincing evidence that we’re getting less sleep than our forefathers.

If you’ve already stopped smoking, are taking more exercise and cut down on the booze then getting more sleep is something else you can try.

The wrong amount of sleep can make you ill. Sleeping too much i.e. more than 9 hours a night, or too little i.e. fewer than 5 hours a night, can increase the deposits of calcium which clog up the coronary artery.

Women are at a greater risk of getting a lesion in this artery as a result of poor sleep than men.

The scientists who carried out the research on 29,000 people in South Korea, found that seven hours sleep was the optimal amount. “Inadequate sleep is a common problem and a likely source of poor health including visible signs of disease such as heart attack”

The changes might be the result of the levels of cortisol, the stress hormone, throwing the body’s biochemistry out of balance. 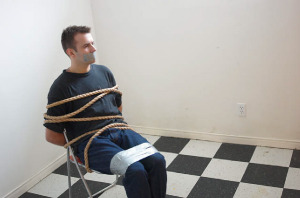 A report in the British Journal of Sports Medicine said employers should encourage the workforce to break up their day by getting away from their desks with standing work or breaks for at least 2 hours a day.

They suggest that we should use more “standing” desks to move away from a sedentary life-style and move towards one where we spend half the working day on our feet.

“Unlike purposeful exercises, standing is something that the vast majority of individuals can do without too much effort and it doesn’t detract from time at work“.

At present the researchers believe that office workers spend between 65% and 75% of their time in periods of prolonged sitting. In Scandinavia 90% of office workers have access to standing…

As children spend longer and longer in front of screens, especially girls as they get older, experts think that the recommended guidelines should be re-written.

The American Academy of Pediatrics published recommendations in 2001.

It’s too easy to dump kids in front of a screen to keep them quiet instead of interacting with them.

Despite knowing that the chickens on their shelves are contaminated with a potentially lethal bacterium campylobacter. This makes almost 300,000 people ill each year.

The British Poultry Council, which represents chicken producers, has admitted that of the 5,000 batches of chicken randomly selected at slaughterhouses for testing, 24% – that’s almost a quarter or 1 in 4 – tested positive for the highest levels of contamination.

These results were sent to retailers within 2 days but by that time the chickens were already on the supermarkets’ shelves. The shocking thing is that no action was taken to remove them or warn shoppers which batches were affected.

The Council’s Director of Food Policy, Richard Griffiths, also declined to publish results from the survey showing which slaughterhouses had the highest contamination rates and which retailers they supplied.

Experts all agree that this is not acceptable with consumer group Which? calling for more transparency in the public interest and Professor Eric Millstone from the University of Sussex saying supermarkets should put systems in place so they can quickly withdraw these contaminated batches from sale. He also thinks that all this information should be in the public domain so customers can make informed choices.

The British Retail Consortium, which represents major retailers, said its members were not required by the Food Standards Agency to withdraw contaminated chickens. They said the tests were only carried out to check hygiene standards and publishing the results would only confuse shoppers. They said “we need to maintain the strong message that all chicken should be handled with care”.

What a condescending response. It thinks we are too stupid to understand that we run the risk of food poisoning if we buy a chicken at a particular supermarket! But the British Retail Consortium does all it can to protect its members from any criticism. And in the meantime the supermarkets try to pull the wool over our eyes and sell us food not fit for purpose.

What is the Food Standards Agency (FSA) doing about it? In the Summer retailers tried to prevent the FSA from publishing full results of a survey of chickens sold in shops. But next week it will name and shame those retailers with the highest rates of campylobacter contamination.

btw we’ve also had an outbreak of bird flu. The largest supplier of duck meat in Britain took 6 days to tell the Animal & Plant Health Agency (APHA) it might have a problem as the ducks had stopped laying. This is apparently well-known to be an early indicator of bird flu. The company, Cherry Valley, originally said it contacted the authorities on the same day it noticed the drop in egg-laying but said it had made mistake and retracted that statement when Defra contradicted it.

6,000 ducks have been slaughtered and Defra imposed a 6-mile restriction zone at the farm in Nafferton, East Yorkshire. The strain identifies, H5N8, has not been associated with infection in humans and DEfra says that the advice from Public Health England and the chief medical officer is that the risk to public health is low. And the FSA said there is no safety risk for consumers

It’s clear we can’t trust food producers and retailers to tell us the truth about contaminated products. Supermarket bosses must know about these problems but daren’t tell us in case they lose customers. So when they are not actually misleading you, they are keeping you in the dark. And shame on you Richard Griffiths for not acting in the public interest.