compared to women in almost every other country in Western Europe.

The World Health Organisation (WHO) is urging governments to introduce sugar taxes and raise the price of alcohol as it believes Europeans are the “world champions” of unhealthy living.

British women have the second lowest life expectancy of the 15 western EU countries.

From the age of 30 to 74 British women have higher death rates than the european average. We have not reduced our alcohol consumption as much as other countries and 63% of UK adults are overweight compared to a european average of 57%.

A baby girl can expect to live to 82.7 in this country with only Denmark worse at 82.1. Spanish women have the longest life expectancy at 85.5 years. But overeating and drinking risk children living shorter lives than their parents.

“there are so many factors, lifestyle but also access to healthcare, early screening and detection of disease, prevention of disease” that could explain the gap said a WHO spokesperson.

Europe as a whole drinks and smokes more than any other part of the world and only America is fatter. (Although England is slightly better than its european neighbours in that regard)

And within England there are variations of up to seven years in women’s life expectancy. “Healthy behaviours, whatever your age, and effective care and support can help people have longer, healthier lives than ever before. There’s only so much medical technology can do“.

Tougher action is needed on the price of cigarettes, alcohol, and unhealthy foods but the government has so far rejected calls for this from health leaders.

Researchers at Harvard and Duke Universities have found that using re-usable bags for your supermarket shopping can influence your shopping behaviour.

People with re-usable bags were not only more likely to buy organic food but also to stock up on junk food.

“Grocery store shoppers who bring their own bag are more likely to purchase organic produce and other healthy foods. But those same shoppers often feel virtuous because they are acting in an environmentally responsible way. That feeling can easily persuade them that they should treat themselves to cookies or potato chips” said the authors of the study.

They examined loyalty cardholder data from which they could see when the shoppers had used their own bags. They were more likely to buy junk food on those occasions.

This is not the only example of when people reward themselves for virtuous behaviour. A recent study of people exercising while on a diet showed that they rewarded themselves by binge eating. It seems as if we have a rewards balance sheet where we allow ourselves an unhealthy but enjoyable treat when we have done something good.

I look forward to further research in this field. Would helping an old lady to cross the road or giving to charity make you pop into the fast food shop next door? 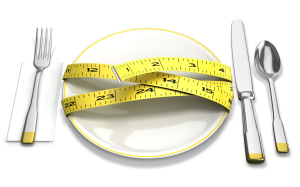 No, according to Eleanor Mills in the Sunday Times yesterday.

She starts her column by pointing out that for the first time in history poor people are fatter than rich people.

At one time of course being generously proportioned meant you could afford to eat well. The we had the idea that pale and thin was good – “you can’t be too rich or too thin” – well yes you can actually and why I support the “No More Skinny” campaign.

But that’s a different story. She says expensive clothes tend to come in smaller sizes than supermarket own-brands, the average British woman is a size 16 (that’s 40-32-42 in inches) and the only part of retail doing well is Plus Size.

If you haven’t got much money it goes further in a fast-food outlet according to research at Cambridge University. They found that eating healthily costs three times as much as eating junk food.

Over the past decade healthy food had increased in price by over twice as much as junk food based on a study of almost 100 food items, taken from the Office of National Statistics (ONS) consumer price index basket, including salmon, yoghurt and tomatoes at the healthy end of the spectrum to pizzas beef burghers and dough its at the other end.

The author of the study said “The increase in price difference is a factor in increasing health inequalities and a deterioration in the health of the population”. An that’s no joke given the cost to the NHS of obesity and diet-related ill-health like type-2 diabetes and heart disease.

The experts seem to think that we can do nothing about it and teaching people to be able to cook well on a low budget won’t help. For example Dr Joun Middleton at e the UK of Public Health charity puts the blame for the poor being obese purely on high prices. I think sometimes charities take a simple point of view to make it easier to get there point across and raise money. How can teaching people to cook not help?

Mills doesn’t agree either pointing out that in many cultures people eat well on low incomes citing Indian cuisine as a good example or making home made soup from beans and pulses. But she acknowledges that having the time to do it is a factor, putting a pizza in the oven for ten minutes when you’re in a hurry to get to work is easier than cooking from scratch. But you can use a slow cooker overnight and it only takes 20 minutes to cook fish and boil potatoes.

Cooking is apparently back on the school curriculum. This has got to be a good thing. When I was at school, a long time ago I admit, boys did joinery or woodwork at boys’ schools and girls did cookery or domestic science. Both were useful skill sets that more recent generations seem to lack.