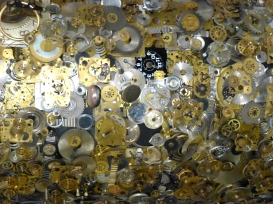 If you do was your father or grandfather an engineer?

Have you had a child by someone who’s an engineer or whose father was an engineer? Does the child show technical ability?

Because it’s very likely that technical abilities are inherited.

People with technical ability are also more likely to have autism or have a child who has it.

Simon Baron-Cohen, a UK expert in this field, studied 2,000 UK families, half of which had a child with autism – a developmental condition in which individuals have difficulty communicating and interacting with others and who display obsessive behaviours. The other half of the sample had children who suffered from Tourette’s syndrome, Down syndrome, or language delays but not autism.

Originally autism was believed to be caused by  emotionally detached parenting but now we know that it is inheritable although scientists have not yet been able to identify all the genes involved which will predict it.

It is curious that autism even persists. After all if autism reduces the ability to form relationships and read emotions you would think that there would be less chance of the genes being passed on.

Baron-Cohen thinks that autism persists because it is inherited alongside the cognitive abilities which make people good at technical things. They may carry the genes for autism but don’t demonstrate it in their life but when they pair up with someone similar they both pass on the autism genes to their children.

He also found that people with autism had obsessive behaviours that were to do with systemising i.e. categorising things or putting them in a particular order, or analysing a system. Research showed that children with Asperger’s syndrome – a form of autism without the language or intelligence impairments –  were better on mechanical tests and scored higher on tests requiring attention to detail.

Autism is four times more common among boys than girls; and up to nine times more for Asperger’s. Men are over-represented on STEM (scientific , technical, engineering and mathematical) courses and women on social science and humanities (on psychology workshops I run I have to look for the token male).

Testosterone may be a factor and tests have shown that the more testosterone surrounds the fetus the stronger a child’s interest in systems and the better their attention to detail. And girls with autism tend to have a more tomboyish approach to their toys.

These are all interesting ideas but as mentioned earlier scientists have not yet identified all the genes involved, and there is no evidence that all technically minded people carry the genes for autism.

The main source for this post was an article by Simon Baron-Cohen in the November 2012 issue of Scientific American; “Autism and the Technical Mind”.

He suggested at the time that autism might be an extreme example of a systemising ability.

The E-S theory is a better predictor of who should do STEM courses than gender. You can do the EQ-SQ test yourself at this site. It is for educational purposes only and is not a medical diagnosis.

3 thoughts on “Do you have a technical mind?”